Scavengers pick over these long forgotten relics for anything of value and protect them fiercely against any intruders.

Orbiting a dying sun, the half disintegrated hulls of ships from a battle long ago are picked over by scavengers. Fiercely protective of the area, they will attack anything and everyone that comes by- including you. Reps are the main enemies here, but there also strange green entities… Their relationship is unknown, but Reps have no problem using them to their advantage. Their high tech equipment and teamwork can take down a large group in seconds, so be wary! There are also rumours of a merchant hidden within the depths of the ship, ready to give you a boost for a large amount of EC.

Being an ancient ship of a very advanced civilization, lots of rare and great items can be found within. However, damage output is high, and Reps, Plasma Orbs, and The Dropship can wipe out groups in minutes if they're not careful or properly geared. It's a true test of skill!

The Graveyard can be accessed by any one of its numerous doorways in Eschaton.

Commonly, the order of doing the Graveyard is PURPLE > GREEN > YELLOW > BOSS

Info is needed for the Midboss. The midboss's appearance is like the mini-seeker, but bigger, hence the name, Seeker. The midboss will chase the nearest player, doing [unknown] damage. You can find the midboss beyond the yellow door, where you have to fight some monsters. After defeating the monsters, you will encounter a blue door. The midboss awaits…

The secret exists in the green room at a low chance. It's appearance looks like a small, broken lamp. When a player stands under it, a beam of light appears, and the player gets teleported to the secret. The secret will exist (if it at all exists) at the end of the hallway with a dead-end. 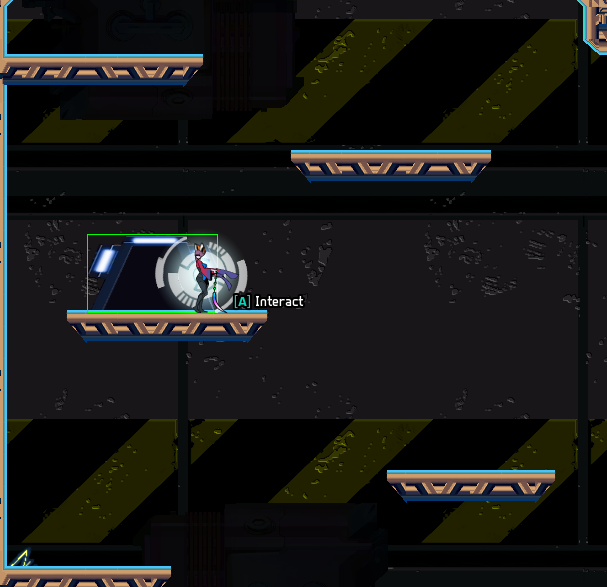 The shop exists in the purple room at a low chance as well. It's appearance looks like a small partly-squashed blue door hiding behind two barrels or an unknown entity.

The boss of the graveyard is the dropship. It spawns all types of reps including the the machine piloting one. The elite graveyard dropship will also spawn cyber reps in addition to upgraded versions of the standard set. 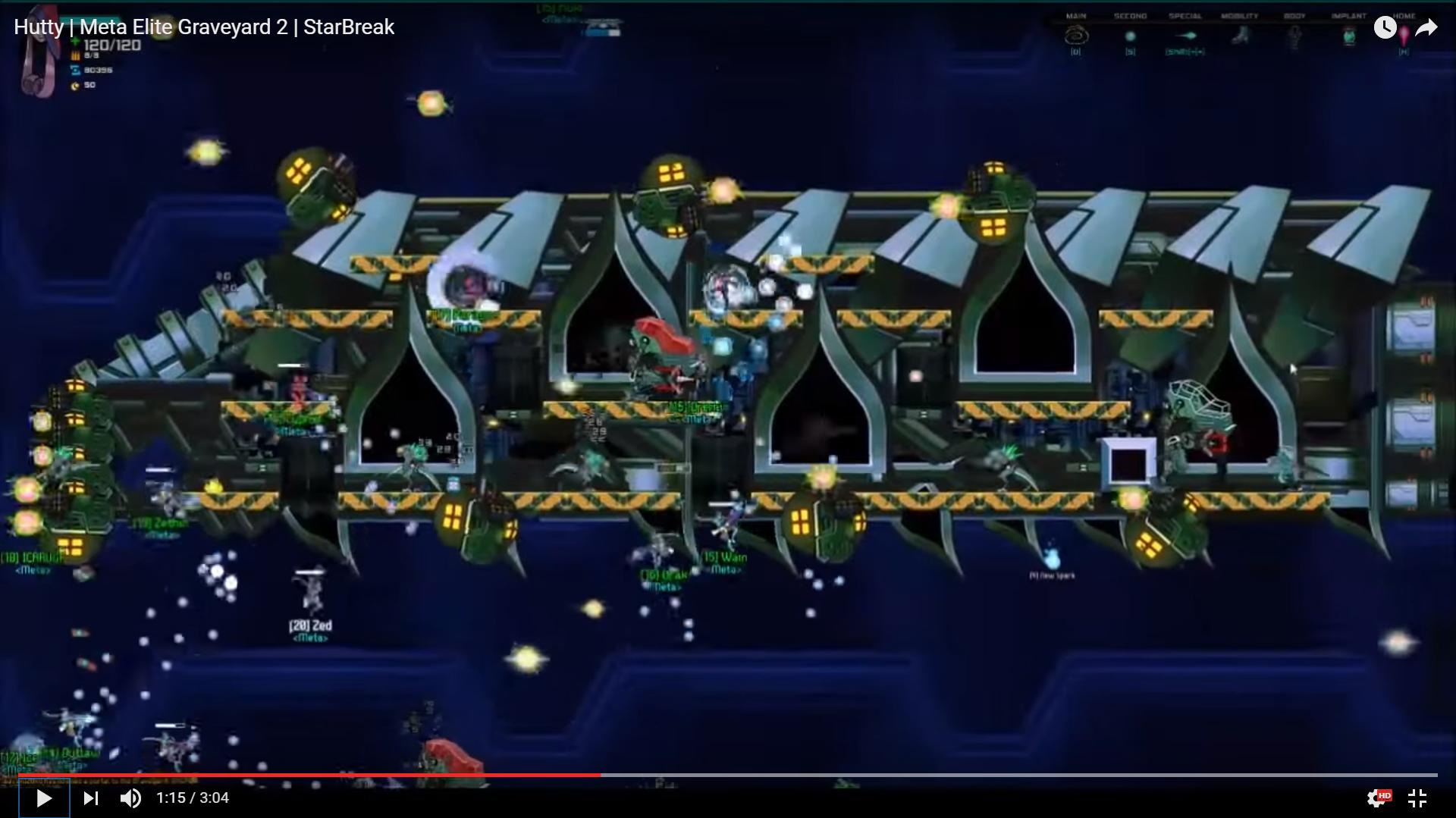 The dropship consists of periodically appearing and disappearing yellow platforms, 5 enemy spawn gates, and 5 generators (with 5 switches), and 7 or more turrets. 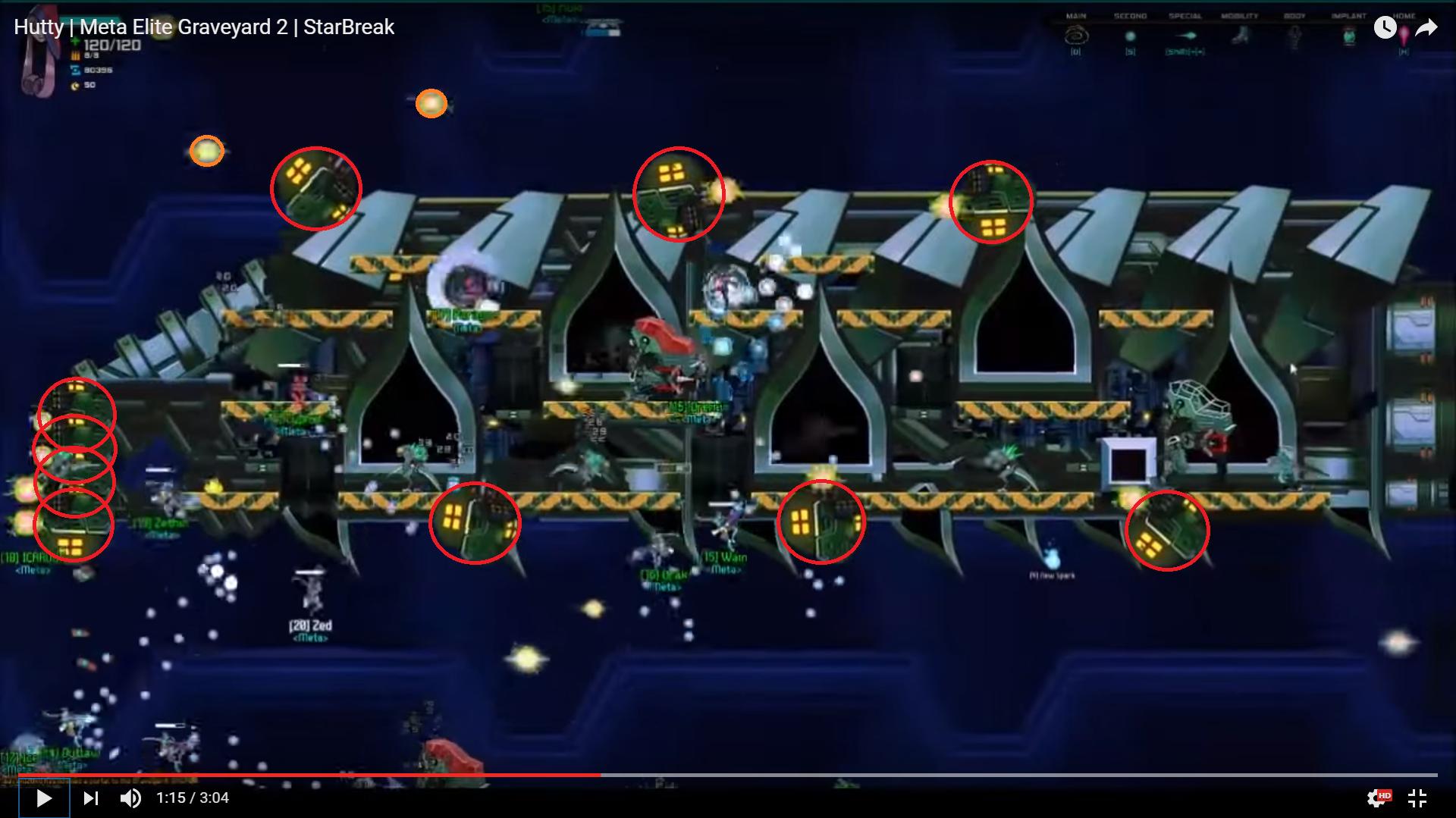 The 5 spawn gates outlined in blue 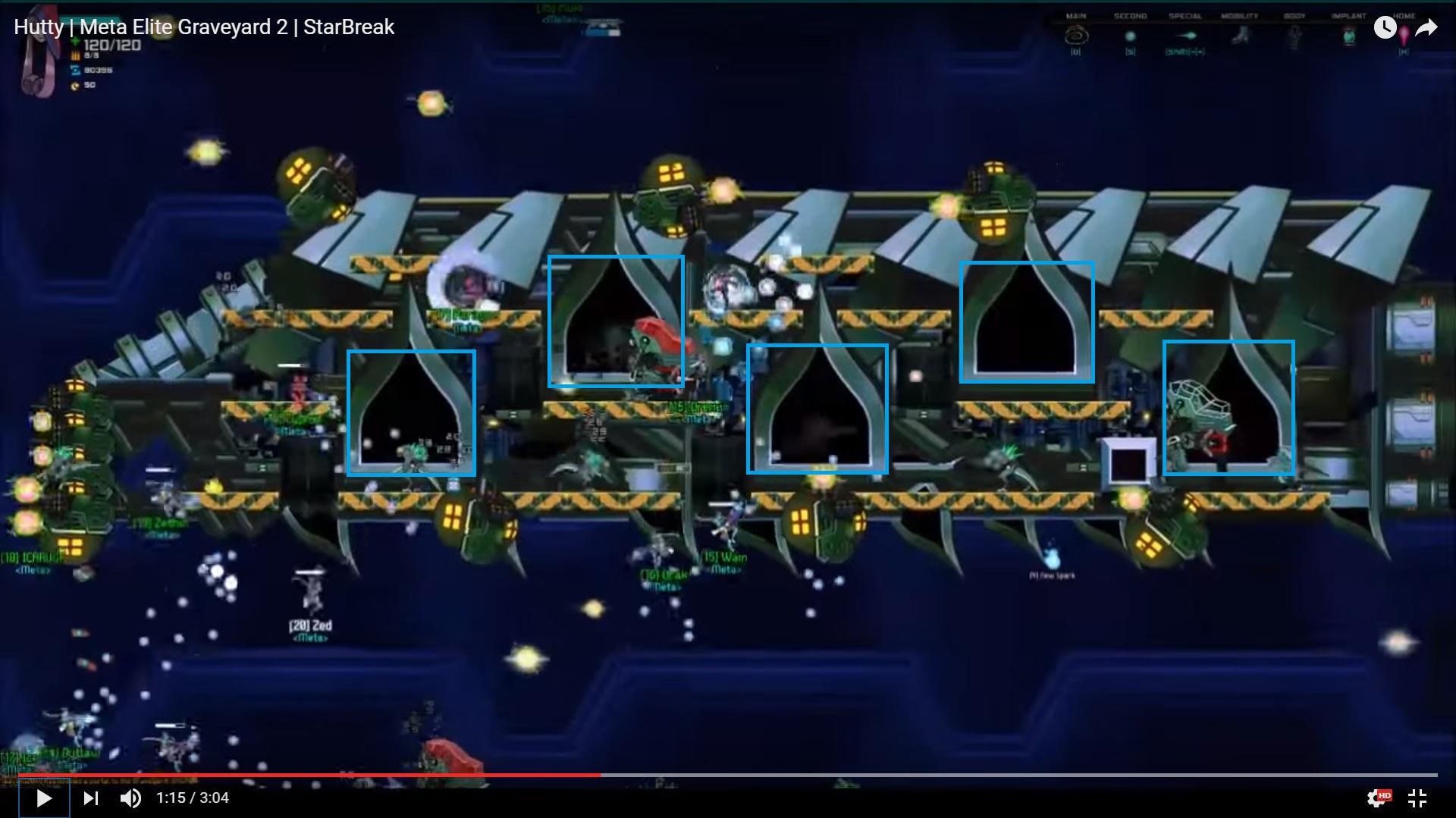 Not confident of boarding the dropship to destroy stuff?

You can still support the operation by helping to clear the floor. In addition to shooting at or whacking stuff, a good support can do any of the following: Lay proxies, tripwires, mangonels. This will facilitate clearing the reps when the dropship decides to drop them, and also making health and more ammo available. Proxies and tripwires are placed preferably after the garage door on the left side of the map all the way to the other side. Ironclads can dash forward to block/clear projectiles like rep grenades etc. This will make that health and ammo accessible.